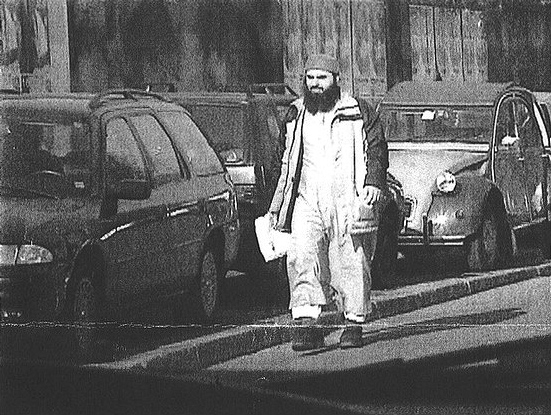 SLUG: FO/Milan-Cleric DATE: Downloaded email 12/01/2005 (EEL) CREDIT: Corriere Della Sera (Italian newspaper) LOCATION: Milan, Italy CAPTION: Hassan Mustafa Osama Nasr, a radical Egyptian cleric known as Abu Omar, was allegedly kidnapped by CIA operatives in February 2003 while walking to a mosque in Milan. According to Italian investigators, this surveillance photograph of Nasr was found on a computer disk in the home of the CIA’s ranking official in Milan and was taken on Jan. 14, 2003, one month before he disappeared. The photograph shows Nasr walking along the Via Guerzoni in Milan in the same location where a witness reported he was kidnapped one month later.

This website uses cookies to improve your experience while you navigate through the website. Out of these, the cookies that are categorized as necessary are stored on your browser as they are essential for the working of basic functionalities of the website. We also use third-party cookies that help us analyze and understand how you use this website. These cookies will be stored in your browser only with your consent. You also have the option to opt-out of these cookies. But opting out of some of these cookies may affect your browsing experience.
Necessary Always Enabled

Any cookies that may not be particularly necessary for the website to function and is used specifically to collect user personal data via analytics, ads, other embedded contents are termed as non-necessary cookies. It is mandatory to procure user consent prior to running these cookies on your website.